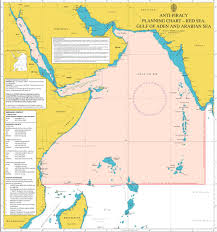 While the meeting of the Contact Group on Piracy off the Coast of Somalia (CGPCS) formally starts on Monday, the 26th, with the CGPCS Working groups holding their meetings, the week long meeting starts with an informal consultation on the High Risk Area. In the last plenary meeting in New York the CGPCS decided to hold a meeting on this issue prior to the following plenary. The discussion concerns which area in the Western Indian Ocean should be considered at high piracy risk. The current High Risk Area covers large parts of the Western Indian Ocean and originally referred to the operational terrain of piracy activity launched from Somalia (see graph). With the decline of the number of incidents the extend of this area is contentious.

The High Risk Area (HRA) is primarily a military planing device and used to coordinate patrols, convoys, surveillance and interception by the navies operating in the area. The HRA is however also the area to which the Best Management Practice apply and hence the area in which shipping companies report their positions to the international navies. It is moreover linked to the War Risk Zone established by insurance companies as well as to the hazard pay for seafarers working in the area. In other words the extend of the area has significant economic effects on the costs of shipping.

Whether the area should be narrowed down given the drop of piracy activity is a contested issue in which those concerned about the costs of the HRA stand against those that fear the effects that narrowing down the area will have on the potential return of piracy (e.g. less compliance with BMP, less surveillance).