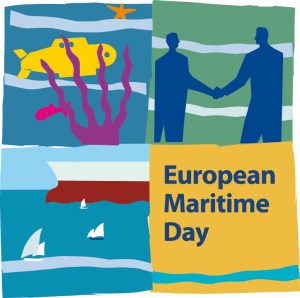 How do we know the sea? This question is not only important for enhancing the public understanding of the sea, it is vital for how we govern the littorals, Exclusive Economic Zones and the global oceans. In an ideaslab, held on the 20th of May in conjunction with the EU’s European Maritime Day we will discuss Maritime Domain Awareness as one attempt to understand the sea.

Ever since humans have started to harvest ocean resources and sailed on the sea, knowledge of the sea has been vital to do so. Advancements in science and technology have been vital to establish new ways of governing oceans. A case in point is the British Empire, which has long served as the steward of the global oceans. As Michael Reid has shown, the British Empire was dependent on and only possible by advancements in ocean science which allowed for efficient navigation. “The British Admirality, maritime community, and scientific elite collaborated to bring order to the world’s seas”.

Today, the order of the sea looks very different. On the one hand, since the late 1980s, the establishment of UNCLOS and related regimes have done much to embed commonly agreed norms and practices of political order at sea, whether in relation to maritime stewardship or the free passage of commerce and the demarcation of territorial waters and other maritime zones.[4] On the other hand, the degradation of ocean health, rising inter-state tensions in areas such as the Arctic or South China Sea, and the emergence of new maritime insecurities, such as piracy, people smuggling or fishery crimes, present significant challenges. For many this leads to the conclusion, that we are facing a “new anarchy” at sea.[5] Whether one shares the optimistic or pessimistic viewpoint, the is little doubt that pursuing the goals as they are expressed in the agendas of ‘ocean health’, ‘blue economy’ or ‘maritime security’ will require better ocean governance. Given the close link between knowledge and governance, this implies to pay close attention of how science, technology and knowledge production of the sea can be advanced.

Knowing what happens at sea, is the goal of what has become known as Maritime Domain Awareness. The concept of Maritime Domain Awareness (MDA) was introduced as part of a new maritime strategic thinking in the US. As it was defined in this context, MDA is “the effective understanding of anything associated with the maritime domain that could impact […] security, safety, economy or environment”.

The backdrop of this new approach to knowing the sea are advancements in maritime data collection and analysis. Data about the sea is collected by automated sensors, such as AIS and LRIT, but also provide by reconnaissance planes, radar and increasingly satellites. Data from human sources is provided through various issue specific reporting systems, reaching from the provisions of the ISPS code, to voluntary reporting on ship movements as part of counter-piracy through tools such as MSCHoA or Mercury. To share and fuse data across agencies specialized in issues, such as fishery inspection, border control, customs, various new information sharing institutions have been created. This includes national institutions, such as the UK’s National Maritime Information Sharing Centre (NMIC), but also transnational projects, such as the European Union’s Common Information Sharing Environment (CISE), or Singapore’s regional Information Fusion Centre (IFC).

The technological challenges are vast, “massive amounts of data on all aspects of maritime activity must be collected, then cross-referenced, “fused” (generally speaking, correlated across sources), and analyzed, in order to detect anomalies that may indicate threat-related behavior.” If this emphasizes the vital role of information and computer sciences in the advancement of knowledge production of the sea, MDA is not only a significant technical challenge, it also raises socio-political questions. Information sharing and inter-agency cooperation requires to build trust and effective relations across professions, organizational cultures, borders and jurisdictions. Divides between states, civil and military agencies, between public and private bodies and between internal and external security forces need to be overcome. Moreover, data does not have meaning in itself, it requires to be interpreted and analysed. A process of sense making is required to establish patterns and trends, but also to identify issues that require immediate law enforcement action, different strategical thinking or new legal and governance arrangements. Finally, MDA only becomes meaningful if it is capable to trigger action, whether this is rapid response to incidents, improving the routines of law enforcement that ensure good order at sea, capacity building that assists states to improve their ability to contribute to good order at sea, or building stronger legal and political institutions of ocean governance on a national, bilateral or multilateral level.

This one day ideaslab takes stock of the current state of Maritime Domain Awareness. It discusses the technical frontier in surveillance, computer science, information fusion and anomaly detection, the perspective of end users and stakeholders, as well as the political, social and legal questions that emerge. The core objectives are 1) to identify what role Maritime Domain Awareness can play in ocean governance and maritime security, 2) which of the promises are science fiction and 3) what the main technical, political or social hurdles are.