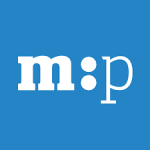 The website MUNPlanet will be publishing one of my comments on Informal Governance and the Contact Group as part of their “The UN at 70” series. In the comment I address the question of what the meaning of the rise of informal governance are for the UN and what we might want to learn from the CGPCS. Please find the pre-version below.

The Rise of Informal Governance: Complementing or Challenging the UN System?

In the past two decades we have seen a significant increase of new informal governance mechanisms. Contact groups and compacts have become frequent instruments of the international community to respond to emerging issues or crisis situations. Commentators have called this the rise of informal or experimental governance. Does this mean that the UN is failing? Do states work in these mechanisms because the UN system does not deliver? Are these mechanisms even challenging the UN system and the global order that it establishes?

None of these fears are justified. The new governance arrangements do not challenge the UN system, but complement it in innovative ways. They offer new forms of problem solving and coordination. The issues and constellations that global politics has to deal with today are complex, to a degree that any formal organizational structure will always fail to respond to effectively. This has consequences for the UN reform debate. While there are good normative and geopolitical reasons to reform especially the UN Security Council, if it comes to problem solving capacities, no new organizational design will ever deliver all of what is needed.
The Case of Counter-Piracy Governance

An example is useful to clarify this position. In 2008 the international community faced the problem of how to respond to the escalation of Somali piracy threatening global trade and commerce. This came as a surprise; piracy was thought to be an issue of the past. The UN Security Council adopted with lightspeed a series of resolutions. Yet, it quickly became clear that no existing organization had the authority, capacity or expertise to organize an appropriate response, nor did any state on its own. Piracy was a problem that concerned a broad range of states, trading and shipping nations, but also flag and port states. Piracy was a security issue, but also an economic and humanitarian one. It also required a development response, given that poverty and state failure are triggers of piracy. Moreover, no effective response could be delivered without the collaboration of the transport industry. In short: no formal organization existed in which the problem could be deliberated and the diverse actors coordinate a response. Lead by the U.S. and European states the Contact Group on Piracy of the Coast of Somalia (CGPCS) was created in spring 2009. The group meets regularly since, and it delivered. By 2013 no piracy attack had been successful; the problem is contained. How did the group operate?

In the first two meetings the group agreed on a number of very basic principles: to have a rotating chairman, to meet ad hoc, that is, when needed, to be inclusive and allow any actor who contributes to counter-piracy to participate (at the digression of the chair), as well as to work in a plenary that brings everyone together and in more specialized working groups devoted to more technical or operational issues (e.g. the legal situation, or coordination of naval operations). Working group results are summarized by the chairmanship of each group. These summaries are then fed to the plenary, which in turn negotiates a communique that formalized decisions. The contact group does not have a formal secretariat other than a website, and the organizational burden rest mainly with the rotating chairmanship. Communiques are legally non-binding. Yet they are not only widely disseminated and used as strategic documents, they also have normative power since they reflect the consensus of all relevant stakeholders. Indeed, they were used as the basis of formal decisions in NATO, the EU, but also the UN Security Council. The group not only proved a flexible mechanism that could adapt quickly to the changing situation. It allowed for developing new policy ideas, coordination mechanisms and testing them in practice. The group proved to be the right format for technical and operational cooperation across national divides. Specialists and experts could talk to each other and puzzle out solutions that work. The plenary ensured that these solutions have political support, and over the years actors starting working better and better together.

The contact group filled at least three gaps one finds usually in the UN system: firstly, the inclusivity gap, that is, to work in formats that can consider all stakeholder relevant to addressing a problem; secondly, the flexibility gap, that is, flexible coordination on a specific issue in repose to what is needed, outside the grand geopolitics that often drives the UN. Thirdly, the gap between high-level decision-making, usually carried out by diplomats with little issue specific expertise, and the coordination of more concrete operations requiring specialist knowledge. The group did not work outside the UN system but in close alignment with it. It filled a gap between the high level legitimacy that only the UN Security Council can provide and operational needs. The CGCPS documents that informal governance does not imply anarchy. Formal structures and rules remain the backbone of any informal mechanism.

Now one might argue that there is something particular about piracy. Yes, every issue and crisis will have its particular dynamics and constellations of interest, and sometimes this might make a model such as the CGPCS out of reach. Yet, in many ways piracy is a representative issue that expresses well the features of today’s global political problems. It is complex, requires the coordination across domains that have become functionally disintegrated (think security and development), it is transnational par excellence, and private, non-state actors are part of the problem and of the solution. One does not have to think far to identify issues similar. To start with the maritime, the migration crisis in the Mediterranean has a similar problem constellation and in consequence actors have already started to discuss a contact group. But one might want to think beyond that. The majority of crises or post-conflict situations have similar properties and call for better mechanism that can facilitate coordination, strategizing and consensus building. This applies for situations ranging from how to cope with ISIS, to how to stabilize Afghanistan, Iraq, Libya, South Sudan or Yemen. The concrete design of a Contact group will have to be tailored to each situation, yet it can draw on the basic principles that were so successfully developed in the CGCPS.