Maritime Situational and Domain Awareness (MDA) is one of the key solutions in the maritime security tool box and one of the core themes of my recent research. Since almost 20 years the Italian navy facilitates one of the most important international mechanisms for MDA, known as the Virtual-Regional Maritime Traffic Center and the Trans-Regional Maritime Network. I participated in the annual expert meeting on December 1st, and introduced the key conclusions from SafeSeas research on how to improve MDA.

Twenty two navies were represented at the event, including representatives from Ghana, Kamerun, Brazil Argentina, Singapore and from the Mediterranean Sea and Black Sea. The event offered the opportunity to reflect on the importance of MDA in different settings and how to extend and improve data exchange in the network.

The network relies on the FENIX system hosted by the Italian navy. FENIX is conceived as a “service-oriented infrastructure for maritime traffic tracking”. It provides tools for identifying suspicious behavior at sea, a shared list of Vessels of Interest, as well as a chat function. It hence provides similar functions, as other tools such as the U.S. platform Seavision, or the IORIS platform developed and promoted by the E.U. in the Indo-Pacific region. Such platforms can be important additional decision making instruments for operations at sea. The greatest strength of a platform such as FENIX is the communities that it connects by synchronizing data from different national and regional sources, but also by provide direct channels of communication.

Like other networks also the VRMTC/T-RMN faces the challenge of how to deal with the fact that MDA initiatives have multiplied over the years. The long term experience with the two initiatives might help to better network the networks and make a global community of maritime security practice a reality. It could in particular help to better standardize Vessels of Interest lists, and incident reporting.

On December 14th the G7 held a High Level Meeting on Maritime Security under the presidency of Germany. The meeting titled “Enhancing Maritime Security – Connecting Regions – Governing the Commons was a follow up to the Lübeck Declaration on Maritime Security of the G7 Foreign Ministers from April this year. At the one day event over 150 experts discussed four vital themes in maritime security: Maritime domain awareness and information sharing, maritime dispute settlement, illegal fishing, and the role of regional organizations in the provision of maritime security. I had the pleasure to participate in the meeting and chair the roundtable on regional organizations. The roundtable featured representatives from the International Maritime Organization, the Indian Ocean Rim Association, as well as the government of Togo which is currently organizing a major African Union summit on the theme. In the closing discussion I presented a summary of the roundtable themes. I stressed four vital points for furthering the discussion on maritime security.

The Luebeck declaration already highlighted the importance of the global oceans for economic prosperity. Further elaborating the link between maritime security and the blue economy is vital for promoting security at sea. If maritime security stands for the risks presented by the oceans, the blue economy emphasizes its opportunities. Recognizing the economic potential of the sea will enable to address the problem known as “sea blindness” and to present a convincing case to national publics, governments and states, including landlocked states, that maritime security is a priority area that needs investment and the will to cooperate.

Maritime security does not have a clear institutional home. It is an Inter-agency challenge and requires military-civil and inter-sectional cooperation. Stronger institutions at the country, regional as well as global level are required. But there is also the need to better clarify roles and responsibilities of each level. Country ownership is vital, yet, maritime security is a transnational challenge and many states will require assistance through capacity building and technology transfer from the international community. The G7 will continue to play an important role in driving the discussion on the global maritime security architecture forward and clarifying the rules and responsibilities of different national, regional and global institutions.

If maritime security requires better cooperation between states, trust and confidence building mechanisms, in particular at the regional level, are the key. There is clear evidence for the importance of mechanisms which include, but are not limited to, informal governance processes, such as the Contact Group on Piracy off the Coast of Somalia, Codes of Conduct, such as those signed in Djibouti and Yaounde, joint exercises, but also intra-regional transfer of skills and technology, through capacity building, training, education and research. These mechanisms should be strengthened to build regional maritime security communities.

The fight against piracy is not over yet. Both the Gulf of Guinea and the situation in the Gulf of Aden will require continued attention and sustained efforts of the international community. The regional maritime security architecture in both regions will need to be strengthened. The participants welcomed the financial contribution of Germany for the implementation of the Yaounde Code of Conduct and the efforts of the government of Togo in preparing the Lome Summit on maritime security and development. In particular the Lome Summit of the African Union to be held next year will be an important milestone for African maritime security and ensuring that all forms of maritime crime in the continents waters will be effectively addressed.

The participants welcomed the strong leadership of the G7. The Luebeck declaration presented an important step for the discourse on maritime security. It was, however, emphasized that if the 21st century is a maritime century, the current discussion can only be the beginning. Sustained efforts in particular on elaborating the future of the global maritime security governance architecture will be required and the dialogue among maritime security experts, including university based scholars, needs to be intensified. 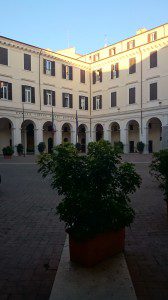 The Italian Center for High Defence Studies organized a maritime security course from 19th to 23rd of October in Rome. The first day explained the EUMSS and put it into context, the second day was devoted to the EU’s External Action in the field of maritime security. The remaining days included a session on piracy, on maritime domain awareness, EUNAVFOR Med as well as military cooperation in maritime security. The course that attracted 35 professionals from across Europe was concluded with an exercise. At the course I gave three presentations. On day one I discussed the Action Plan of the EUMSS in the light of its implementation, on day two I introduced the problems linked to maritime security capacity building with a particular focus on sustainability, politics and ownership. My presentation on day three concerned the lessons from Somali piracy giving an overview of the results of the lessons learned project for the Contact Group on Piracy off the Coast of Somalia.

On the 24th of July I had the pleasure to meet Ali Omar, Chief off Staff to the President of Somalia, during his visit to the University of Bristol. Over lunch with some colleagues we discussed the importance of maritime security for Somalia. Naturally the governance of its territorial waters is not the number one priority of the government given the vast security and governmental challenges that exist. However, the maritime is a significant opportunity for the government not only to generate revenue, but also to strengthen its profile in multi-lateral settings. 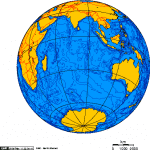 The politics of maritime space is only rarely in the focus of international fora. Conferences devoted to the Indian Ocean region are a rare event, especially in Europe. On June the 9th the German ministry of Foreign Affairs in collaboration with the Friedrich Ebert Stiftung and the Robert Bosch Stiftung, organized a one day conference on the region. The conference was titled “The Indian Ocean: A Maritime Region on the Rise.” The background of the conference was that Germany’s foreign policy currently is in a phase of renewal. After decades of searching for Germany’s place in the world, the foreign office now wants to think foreign policy differently and aims to set new impulses, identify new themes and new spaces to strengthen international cooperation. Part of this innovation agenda, is Germany’s new focus on maritime security, as evidenced in the G7 declaration from earlier this year. END_OF_DOCUMENT_TOKEN_TO_BE_REPLACED