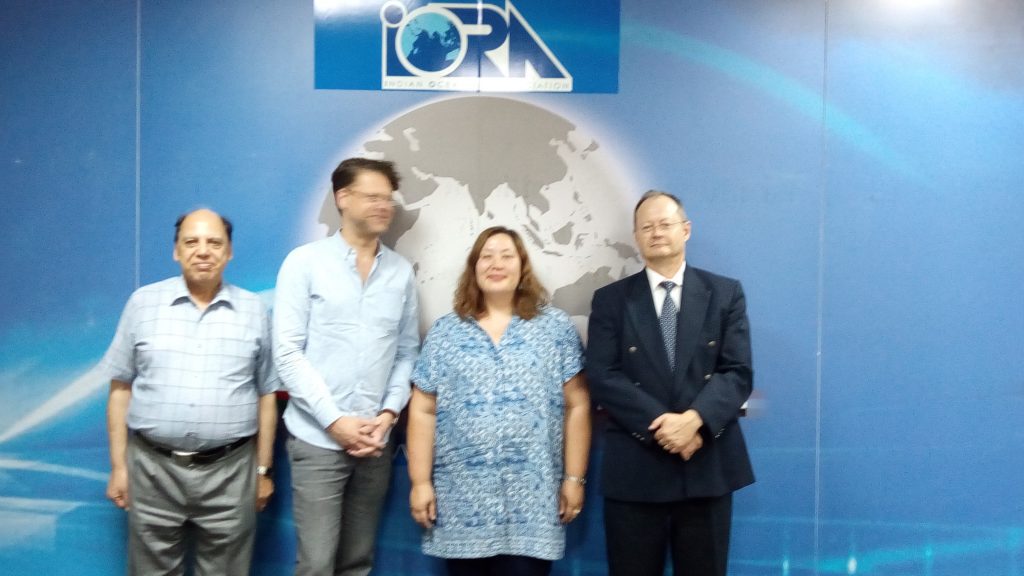 The Indian Ocean Rim Association intends to strengthen regional cooperation among the Indian Ocean littorals. For long it has been a sleeping beauty. But it was kissed awake in the last years, and now becomes an increasingly active and visible player in several priority areas. Among them: Maritime security and safety, fishery management and the blue economy. IORA promises to become a core player in ocean governance. In particular, the emerging issues areas of maritime security and the blue economy continue lack international fora; a gap that IORA can fill on a regional level. Today I had the pleasure to discuss the work of IORA at the Secretariat’s headquarters in Mauritius’ cyber city. IORA continues to operate with a small secretariat with no more than twelve permanent staff members. The secretariat approach is fully service oriented and it offers its expertise and organizational support to projects and proposals of member states which it implements through a Special Fund. On this basis, the IORA secretariat has organized an impressive range of 30 events throughout 2016, including a blue economy conference.While developing a maritime security strategy is off the table, IORA has plans to develop a permanent working group on maritime security which would provide a much needed permanent frequently meeting body of its member states. This would also provide the forum to clarify and develop sustained relations with the Indian Ocean Naval Symposium (IONS) – the cooperation mechanism of navies in the region focussing on operational level – but also other bodies, such as the Indian Ocean Crime Forum run by the UN’s Office on Drugs and Crime Global Maritime Crime Program. The new working group will be perhaps the most productive if it cooperates with all players active in maritime security and, considering the membership of IORA, focuses on non-contentious issues, such as developing an integrated maritime domain awareness strategy for the region. In maritime domain awareness IORA could make a true difference and help integrate the work of information sharing centres, such as the Information Fusion Centre in Singapore, the Regional Maritime Information Sharing Centre in Yemen, the new information sharing centre in Madagascar, developed as part of the EU’s MASE project, and the EU’s Maritime Security Centre Horn of Africa.
As we have argued in a recent article IORA has the potential to provide political integration, oversight, and legitimacy to the maritime security work in the region and potentially can also take over some work of the Contact Group on Piracy off the Coast of Somalia. To fulfill that role it will be important that IORA not only continues on the great track it is on but also ensures that all Indian Ocean littorals are represented in it. Then, IORA will become one of the core building blocks in the future global maritime security architecture.