The core team of the Anaylizing Maritime Insecurity in Ghana (AMARIS) research project met on the 25th and 26th of August to reflect on initial findings and outcomes. AMARIS is the first project to investigate maritime security in the country of the Global South in-depth. While substantial research has been conducted on regional processes, and global maritime security providers such as the U.S., the European Union, Australia or the UK have been studied in detail, the national level in countries severely affected by maritime insecurities in the Global South have hardly been investigated, with few exceptions.

AMARIS is a collaboration between Denmark and Ghana based researchers. Together we explore maritime security on three levels: 1) blue crime, 2) maritime security governance, and 3) capacity building. Further information is available on the SafeSeas website.

What are the costs and benefits of thinking in terms of an Indo-Pacific region? Why do certain actors advocate to strategize in those terms? On June the 3rd and 4th I had the pleasure to attend a conference in Paris that discussed these questions. The conference was organised jointly by IRSEM, Science Po, the University of Cambridge and GIGA.

What are the implications of the maritime security agenda for how the oceans are governed? And what can we learn about international order and change? These are the questions I explore in a new draft paper co-authored with Tim Edmunds (Bristol University). We will present and discuss the paper in the Work In Progress Seminar Series of the International Studies Research Unit of the Department. The discussion takes place on the 18th of May, 4.00-5.30, Park Place 32. Here’s the abstract of the paper (contact me for a copy by email): 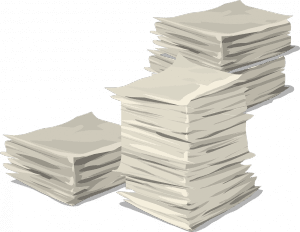 Documents are the main material of international politics. Yet, scant attention has been paid to how to analyze them. In an upcoming talk I will draw on my ethnographic research on the Contact group on Piracy off the Coast of Somalia (CGPCS) to argue that we should pay more attention to the practical logic of documents, that is, how they are actually produced. I revisit the main forms of document analysis and then provide a discussion of the production of the CGPCS’ main document, its so-called “communique”. I shall show how what the CGPCS does and how it works can be understood by paying close attention to this production process. The talk is part of the research seminar series of the School of Law and Politics. It takes place 13th April 2016 @ 1:00pm,  1.28, Law Building, Museum Avenue, Cardiff. All welcome.

From the 15th to 20th of March I will be attending the annual conference of the International Studies Association in Atlanta, US. As usual the ISA conference has a rich and diverse program and provides ample of opportunities to catch up with colleagues. This year I will talk about my Counter-Piracy Governance research project at two roundtables. At the roundtable titled “IR meets Anthropology (TD27, Thursday, March 17th, 4:00-5:45 PM, Pavilion 5, Hilton Atlanta) I will be talking about the relationship of practice theory and ethnography and how the experimentalist research logic provides direction for inquiry. At the second roundtable titled “IR and STS/ANT: Accounting for heterogeneities in the international” (FB26, Friday, March 18, 10:30 AM-12:15 PM, 305, Hilton Atlanta) I will be discussing how IR theory can draw upon concepts developed in Science and Technology Studies to gather a better understanding of how the assemblages of global governance are formed. I am also chairing the panel Making Central & Eastern Europe International: New Perspectives (WD74, Wednesday, March 16th, 4:00-5:45 PM, 313 Hilton Atlanta) which is organized by the journal New Perspectives and will be discussing the methodology of studying practices at the Critical Security Studies Methods Cafe (TA05, Thursday, March 17, 8:15-10:00 AM, Grand Ballroom B, Hilton Atlanta). We will also be holding an Editorial Board Meeting of the European Journal of International Security to plan for our forthcoming issues.

From March 25th to 29th I will be participating in the 55th Annual Conference of the International Studies Association. I am part of five panels. On Wednesday Felix Bethke and me present our new paper on the sociology of IR, which presents a bibliometric analysis of fashion trends in IR. Our Panel “WC13: IR Going Places: Empirical Investigations of a Dividing Discipline” has an exciting range of papers discussing quantitative approaches to the sociology of the discipline.  In “WD10: Critical Security Studies Methods Cafe”, we draw on the great experience from last year and discuss methodologies and methods for the study of security. Together with Vincent Pouliot I’ll be running the table on practice approaches. On Friday I participate in the  Roundtable “FB06: Assemblages and International Theory”. We discuss the outcomes of the new edited volume on Assemblages (Re-Assembling International Theory. Assemblage Thinking and International Relations, edited by Michele Acuto and Simon Curtis, Palgrave MacMillan). On Saturday I am part of two panels. In the Panel “SB07: “Be Kind, Rewind”: ANT, Pragmatic Sociology, and Innovative Frameworks for IR” I will present my recent work on Piracy and Problematization theory. Finally, I will be the discussant for the Panel “SC44: Knowledge in International Relations” which discusses different approaches to Knowledge and Epistemic Practices in IR.

From 21-22. of February I am participating in a workshop titled “Performativity and Agency in International Politics”. The workshop organized by a team from the Goethe University brings together an interesting crowd of researchers working on performative theories, ranging from expressions of post-structuralism, international practice theories to STS and ANT work. I am presenting a new paper titled “Performing piracy: A note on the multiplicity of agency. Or, Pirates in an Adventure with Social Theorists”. Below is the abstract of the paper. Send me an email if you are interesting in reading the draft.

“This is a study of pirate agency. Starting from an understanding of agency as an effect of ‘agencements’, I offer a reconstruction of six of such formations. Relying on different experiences with Somali piracy, ranging from watching movies, playing computer games, participating as observer in various meetings, taking field notes, talking to interlocutors to reading academic literature, I show how different agencements produce different forms of agency. Throughout this reconstruction we meet different pirates, the pirate who refuse to be a pirate, moral bandits, enemies and villains, criminals, entrepreneurs, and pirates as ‘symptoms’. These are forms of agency that are effects of the relations and practices of distinct agencements. Various ‘actors’, ‘objects’ and ‘practices’ produce these relations: journalists, moviemaker, actors and directors, game developer and graphic artists, diplomats, military officers and international bureaucrats, as well as various scientists across the disciplinary spectrum, including economists, peace researcher, anthropologists, political theorists, historians, computer scientists, or political scientists are all in the business of producing pirate agency. They engage in a diverse set of rhetorical and material activities, such as calculating, modelling, drawing, negotiating, writing or history telling and engage with a broad host of objects, artefacts and inscriptions, such as movies, graphs, formulas, games, policy documents, or legal texts. The analysis presents a primer for the study of multiplicity of agency and its production. “