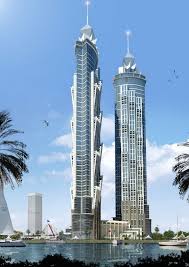 On the first official day of the CGPCS meeting in the JW Marriot Marquis Hotel in Dubai two working group meetings are held and the Legal Forum meets. It is the first time that the working groups meet in a new configuration following up the decision of the 16th plenary to re-organize the structure of the CGPCS. The day starts with a meeting of the working group on capacity building, co-chaired by the United Kingdom and the Indian Ocean Commission (IOC). On the agenda is the progress made by Somalia in Maritime Security Sector Reform, how to improve coordination and institutional questions, such as how the working group should function. The second session is the meeting of the working group titled “Disrupting Pirate Networks Ashore” – a group which is the continuation of Working Group 5. The agenda concerns how to further improve international coordination among criminal investigators and prosecutors in order to arrest core piracy king pins. The day continues with the inaugural meeting of the Legal Forum which is the continuation of the work of the old Working Group 2 in the form of an ad hoc forum, rather than a full-fledged working group. The day ends with a meeting on the communique.

I am participating in the CGPCS counter-piracy week in my capacity as a representative of the Lessons Learned Consortium of the CGPCS and attend the meeting to record (and understand) how the CGPCS works and what lessons can be drawn from it.